Laparoscopic Cholecystectomy: An Early Experience at A Tertiary Care Hospital in Islamabad

Methods
This observational prospective study was undergone in patients of surgical units of Al Nafees Medical Hospital Islamabad during the time of October 2013 to October 2017. Since the year 2013 to 2017, a total of 445 patients were diagnosed with cases of cholelithiasis on ultrasound. Patients of any age and gender diagnosed with cholelithiasis on ultrasound were included in our study. Patients diagnosed with hepatitis B and hepatitis C and the American Society of Anaesthesiologists (ASA) Physical Status category greater than 4 were excluded from the study.

On admission history of the patient was taken, general physical examination was done, and investigations were done including Blood Complete picture, Liver function tests, blood sugar random levels, Hepatitis B and C serology and Abdominal Ultrasound. Echocardiogram and Thyroid Junction tester and other investigations were only done in patients with associated conditions.445 patients underwent laparoscopic cholecystectomy for laparoscopic cholecystectomy the four-port technique was applied with pneumoperitoneum created using Verses needle. Data was collected on printed questionaries. All data were then included in the excel sheet.

Results
A total of 445 patients were diagnosed with cholelithiasis at Anlages hospital during the years 2014-2017. 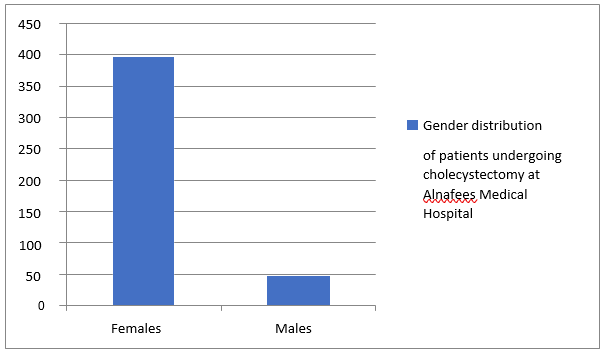 Figure 1: Gender distribution of patients in our study. 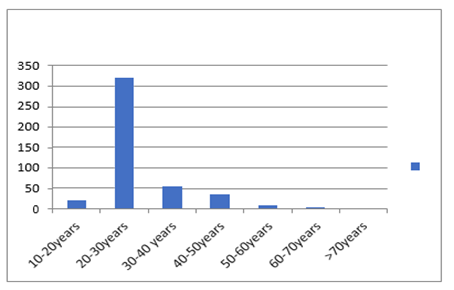 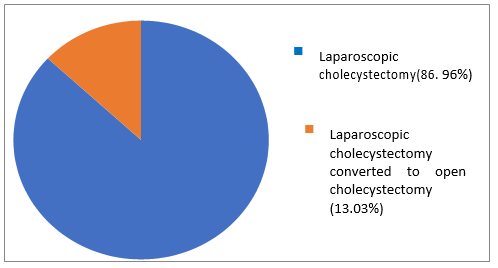 Figure 3: Type of cholecystectomy undergone by the patient. 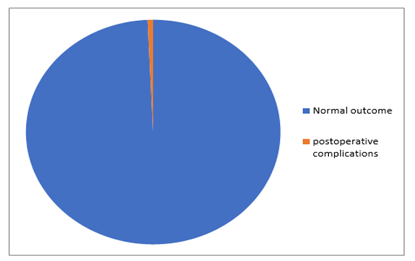 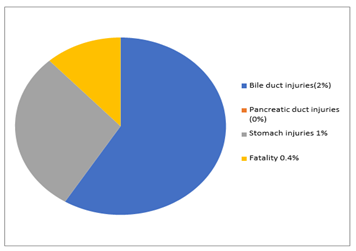 Figure 5: Outcome of the surgery.

99.3 % of the patients recovered successfully. There was bile duct injury in two patients that was diagnosed postoperatively by MRCP and managed accordingly. Pancreatic duct injury in none, other viscera injuries included stomach injury in one patient. There overall mortality was 0.4 % as shown in Figure 4 & 5.

Two of our patients had bile duct injuries that were then repaired laparoscopically and recovered fine with no complications afterward. Mortality (0.4 %) in our study was lesser than the mortality rate of (0.7-1.1 %) as quoted by other studies. Aging is a risk factor for mortality with laparoscopic cholecystectomy as well [26, 27]. Port site wound infection occurred in (0.2 %) patient. Other studies report port site infections to be 2.2 % and 1.63 % [28, 29]. The dressing was done for port site infections and the patients recovered. Injury to the aorta can also occur but in our study, none of the patients had an injury to the aorta or middle colic artery, etc. Dizzier stated 13 cases of aortic injury while Ravago et al stated reported one aortic injury case during cholecystectomy [30, 31]. Now taking into consideration the results of our study laparoscopic cholecystectomy is reliable and safe with lesser postoperative complications and the patients recovering very early. In a resource’s deficient country like ours, proper training of the surgeons should be done.

Conclusion:
Laparoscopic cholecystectomy is an easy safe and reliable procedure for gall bladder removal with less postoperative complications improving patient is living standard morbidity and time of recovery and improving economy as an early return of patient to work. In a developing country like ours, more surgeons should be trained and should perform laparoscopic cholecystectomy as there are minimum complications of this procedure.