Copyright: © 2022 Juan Daniel Correa Martinez. This is an open-access article distributed under the terms of the Creative Commons Attribution License, which permits unrestricted use, distribution, and reproduction in any medium, provided the original author and source

Ascariasis in the bile ducts: A case report

3Head of the department of surgery at Hospital San Carlos

Abstract
The geohelminth Ascaris lumbricoides is one of the best-known soil-transmitted intestinal parasites affecting humans. In this document, we present a case of a 26-year-old female patient from Ocosingo, Chiapas, who was admitted for generalized abdominal pain for 15 days of evolution, with irradiation to the lumbar region and vomiting of Ascaris, in which ultrasound is used for the objectification of Ascaris in the biliary tract. This is an example of the use of ultrasound both to support clinical diagnosis and to objectify the response to management and treatment in an austere environment.

Introduction
The geohelminth Ascaris lumbricoides is one of the most well-known intestinal parasites transmitted by the soil that affect humans. Ascariasis remains common, between 807 and 1,200 million infected worldwide [1], many of them asymptomatic and especially affecting preschool children. It is endemic in the Middle East and South America, especially in developing countries. The transmission is fecal-oral by the intake of the eggs of the carriers deposited in the excreta, either by not having correct hand hygiene or by the intake of fruits or vegetables without washing, cooking, or peeling from land paid with feces of infected people. As mentioned above the disease is mostly asymptomatic or can cause mild abdominal discomfort or pain. The infection causes child malnutrition in addition to presenting high mortality, between 3000 and 60000 deaths, due to intestinal obstruction. In case of intestinal perforation, granuloma formation and chronic peritonitis may occur. Another symptom is cough, caused by the migration of Ascaris to the lungs. [2] In addition, adult parasites can cause, among others, obstruction of the bile ducts or pancreas, causing cholangitis, cholecystitis, pancreatitis, or liver abscesses. [3]

Clinical presentation
A 26-year-old female patient from Ocosingo, Chiapas. No pathological personal history of importance. It comes for generalized abdominal pain of 15 days of evolution, with irradiation to the lumbar region, not associated with food consumption or previous trauma. This pain is accompanied by nausea and vomiting of "worms" 7 times. To the physical examination at admission active, reactive, little cooperating, without cardiovascular compromise, with the presence of generalized abdominal pain 10/10 EVA, with irradiation to the lumbar region, antalgic position, soft abdomen, depressible, peristalsis without alterations, without data of peritoneal irritation.

Ultrasound of the liver and bile ducts was performed upon admission in which an enlarged gallbladder, the double-rail image in the common duct, and the presence of single Ascaris in the biliary vesicle were reported (figure 1). 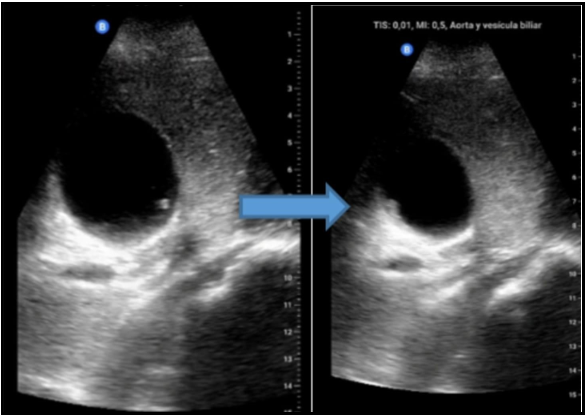 Figure 1: US gallbladder where ascaris movement is appreciated

Diagnosis of ascariasis in bile ducts coupled with biliary pancreatitis. Treatment with albendazole 200 mg is started orally every 12 hours for 7 days, in addition to conservative treatment for biliary pancreatitis based on fluid therapy with mixed solution 4000 cc for 24 hours and later 3000cc for 24 hours for 2 days, in addition to total fasting.

The patient showed apparent improvement during the following hours after admission. On the second day of admission, she presented nemesis with a content of 1 Ascaris (figure 2) accompanied by abdominal pain in the right hypochondrium and epigastrium 10/10 EVA with irradiation to the lumbar region, which required immediate analgesia based on NSAIDs. 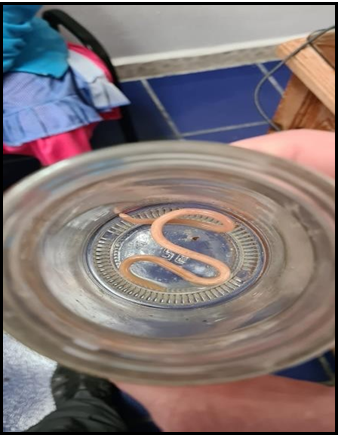 Hours later he presented an explosive evacuation with the presence of rectorate, with little fecal matter, followed by severe abdominal pain 8/10 EVA, which gave way without analgesia within a few minutes.

On the third day of admission, an ultrasound of the liver and bile ducts was repeated in which an enlarged gallbladder was reported with the presence of non-mobile single Ascaris (figure 3). 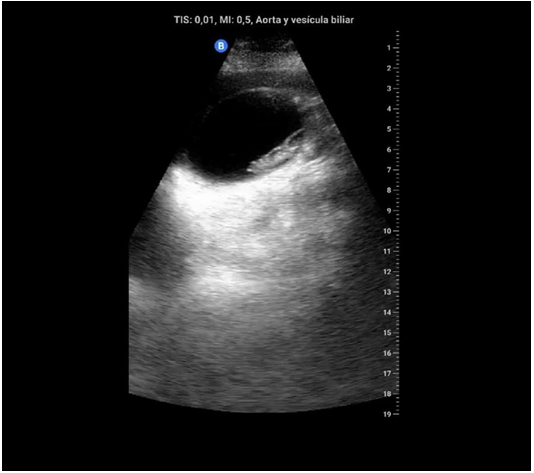 Figure 3: Immobile ascaris is observed in the gallbladder, after treatment with albendazole

Subsequently, the patient had 1 evacuation with 10 Ascaris approx., without rectorate or pain. After not presenting symptoms in the following 30 hours, it was decided to continue with expectant management, suspending solutions from the third day. It was decided to discharge from the hospital after 72 hours of asymptomatic, with the outpatient treatment of the remaining doses of albendazole 200mg to complete a 7-day scheme.

As preventive measures, deworming was offered to all family members, and a patient was summoned within 3 months for assessment.

Diagnosis
Diagnosis can be carried out by identifying eggs and adult forms in feces and other fluids. A patched infiltrate (Löeffler syndrome) and/or an image of rope shadows or track streets on the abdomen X-ray may be present on the chest X-ray (X-ray). In the sputum test larvae and eosinophils can be observed. Eosinophilia, in peripheral blood analysis, due to the migration of larvae. ELISA and PCR are also useful if available.[4] As for other imaging tests, while computed tomography (CT) and magnetic resonance imaging (MRI) is useful for diagnosis, ultrasound (US) is the most widely used diagnostic modality. [5] Transabdominal ultrasound is a means that serves both for the diagnosis and for the post-therapeutic surveillance of biliary ascariasis. Ascaris is observed as thick, echogenic, shadowless linear or curvilinear structures with central anechoic longitudinal tubes. They are often visualized as one or more echoic structures, similar to tubes, which may appear straight or coiled (strip signal). Dilation of the common bile duct with or without gallbladder distension is the next most common finding. When light is full of worms, especially if the solidity is amorphous, it could prevent the visualization of a dilated bile duct. Worms in the lumen of the gallbladder are less frequent. [6]

Treatment
The pharmacological treatment recommended by the World Health Organization (WHO) is albendazole (400 mg) or mebendazole (500 mg). To reduce or maintain the intensity of infection and reduce morbidity, the strategy consists of periodic administration, once a year if the prevalence in the community is greater than 20 % and semi-annually, if the prevalence is greater than 50 %, to all those people at risk living in endemic areas. In addition, WHO recommends proper health education and the construction of adequate sanitation systems. [7] In case of intestinal or bile duct obstruction, management is conservative by intravenous fluids, analgesia, and/or antispasmodics, with an anthelmintic once the acute phase is resolved. If worsening, appendicitis, intestinal obstruction, or perforation occurs, laparotomy surgery would be necessary. [4]

Importance in Deployed Setting
In environments with limited diagnostic means, ultrasound provides added value for both the assessment, management, and follow-up of patients. One of the great advantages is the possibility of performing a serial examination, without risk to the patient, only producing discomfort due to the pressure of the probe in the affected area, this being correctable by analgesia. One of the drawbacks known to all is that it is a technique that depends largely on the diagnostic capacity of the ultrasound operator. In environments where material and personal resources are scarce and, in which transfers can vary from hours to days, the importance of this diagnostic technique in terms of decision-making, at the time of the transfer of the patient to a center with surgical capacity in case of obstruction by Ascaris, which puts at risk the life of the patient, it's invaluable.

Disclaimer: The views expressed herein are the views of the author and do not reflect the official policy of the Hospital San Carlos.

Disclosure: The authors have indicated they have no financial relationships relevant to this article to disclose.